Last week was my last ‘lazy week’ which I spend (as you know) reading
and creating. Again, my days will be filled with writing articles for
Creatief met Foto’s. The next issue of the magazine will be in the stores
in the first week of May, and I have to fill it before that… that means
I have to write approximately 18 articles in the next three weeks – it is
clear that art journaling will be put on a back burner during that time.

But it certainly won’t come to a complete art journal stop…
you know me 😉 I can’t do without art journaling!

Although the quantity of pages will be less in the next weeks,
I have a lot to show you today! All made last week and weekend.
Ready?
Here we go…

30 Days of Lists is nearing it’s end… I skipped two prompts,
and have 6 more to go (tomorrow’s prompt included)

Here are some lists I made last week

Looking at my wrinkles and eyelids I find it hard to believe, but Yep –
I was a teenager once. And ooohhh, did I had crushes!
You want to know those names too I guess *teehee*
Well, I’m in a good mood – lucky you!

those are the ones that come to mind right away.

Thinking of the ones NOW, quite a few names came to mind for one reason
or another… some I admire, some I find inspiring and some (guys) are
just too gorgeous to not name. 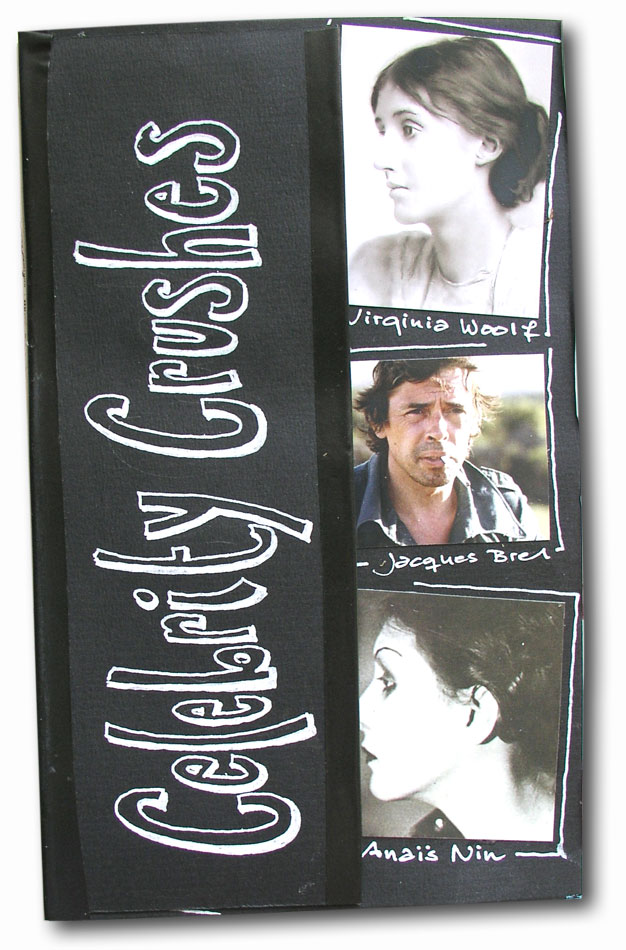 It turned out that I didn’t have enough room to glue all the pics on one page.
I had to tape an extra piece to it to show them all! 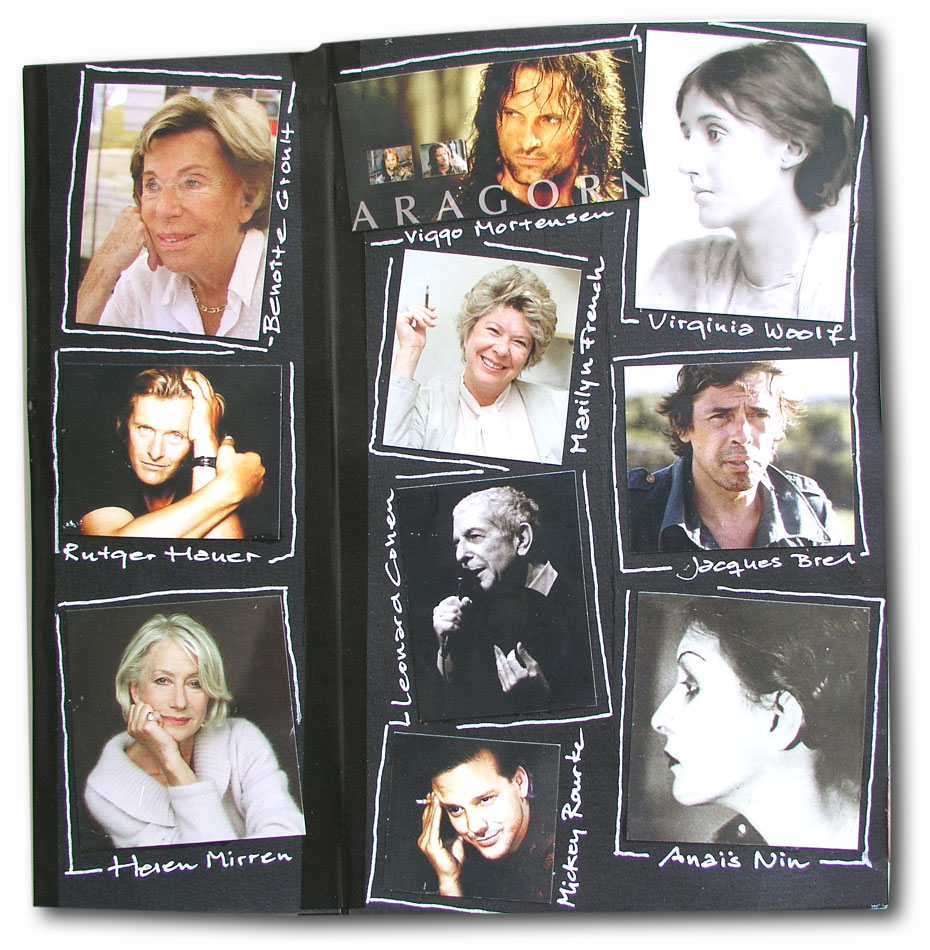 Pfew, quite a list isn’t it?
On to some ‘easier’ lists now 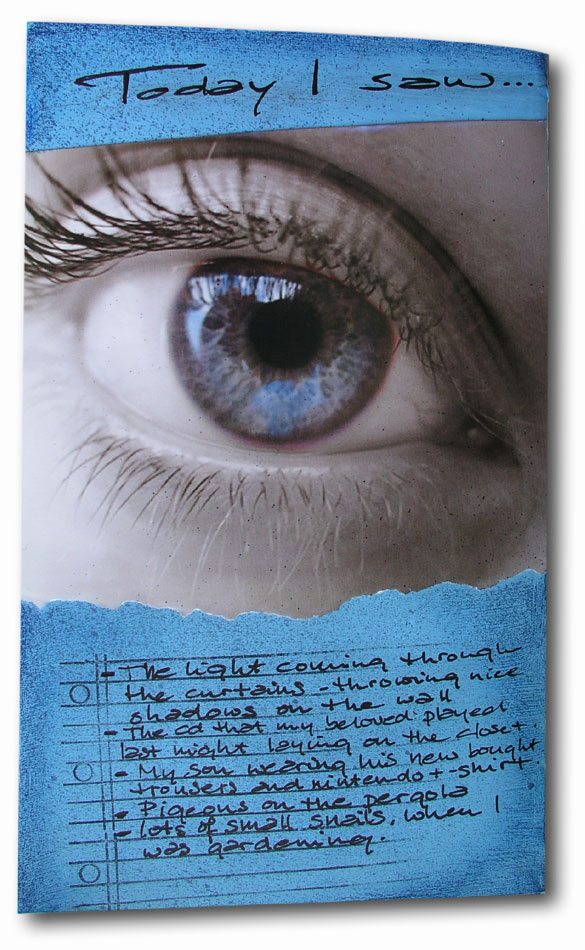 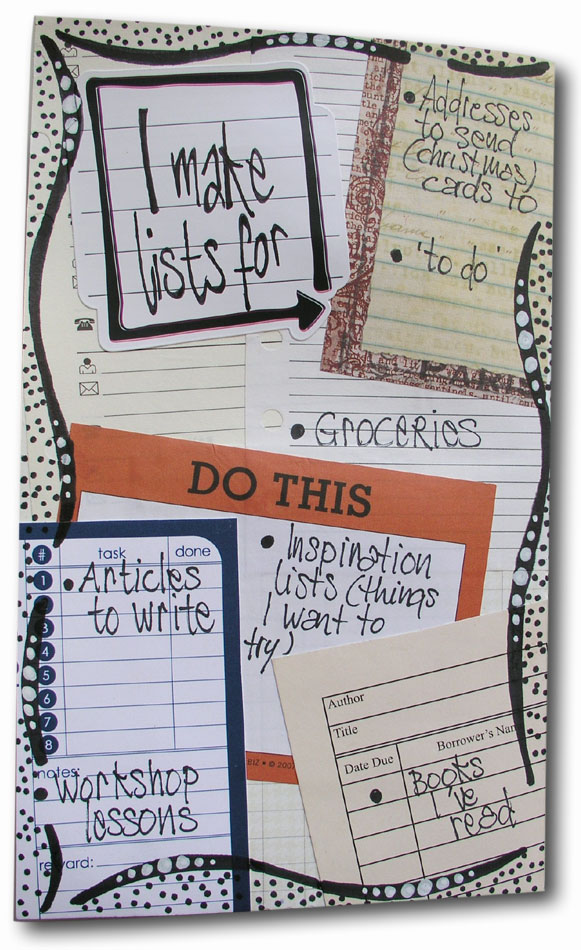 I’m not a list maker, and at first I thought I couldn’t make a page listing
my lists… but when I thought about it, I came up with a few.
Turns out I do make lists after all!

This prompt came the day after I wrote the former blogpost.
What a coincidence, and did I had fun making this list! 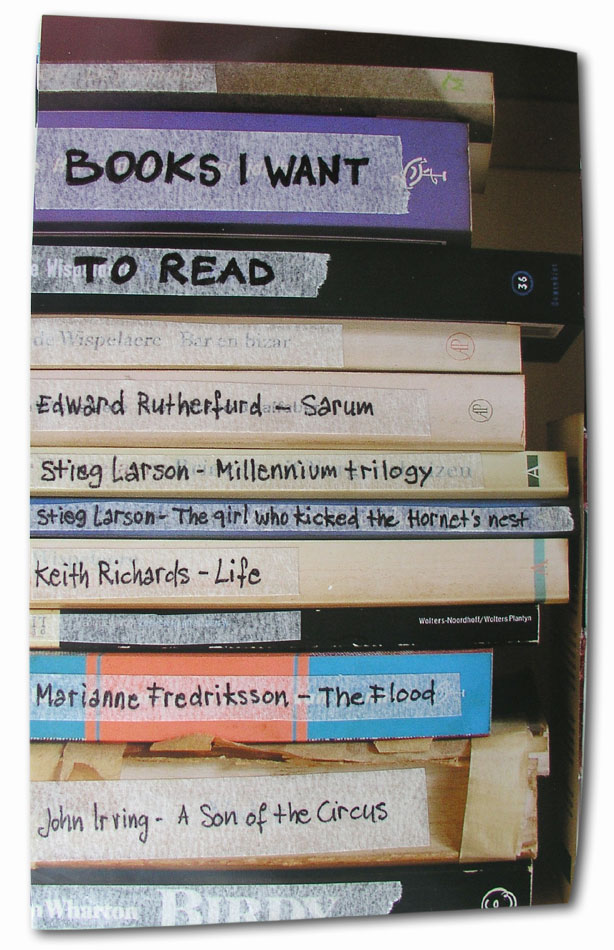 Some of the titles are already in my possession waiting to be read.
I read a review about the biography Keith Richard wrote and I got
real curious so that’s on my list too.
After reading my former blogpost, some of you gave me tips about
books to read and I included some titles to my list. Looks like I will
spend a lot of Summer evenings in the garden with a book this year!

To end this blogpost… (it is long enough as it is!) 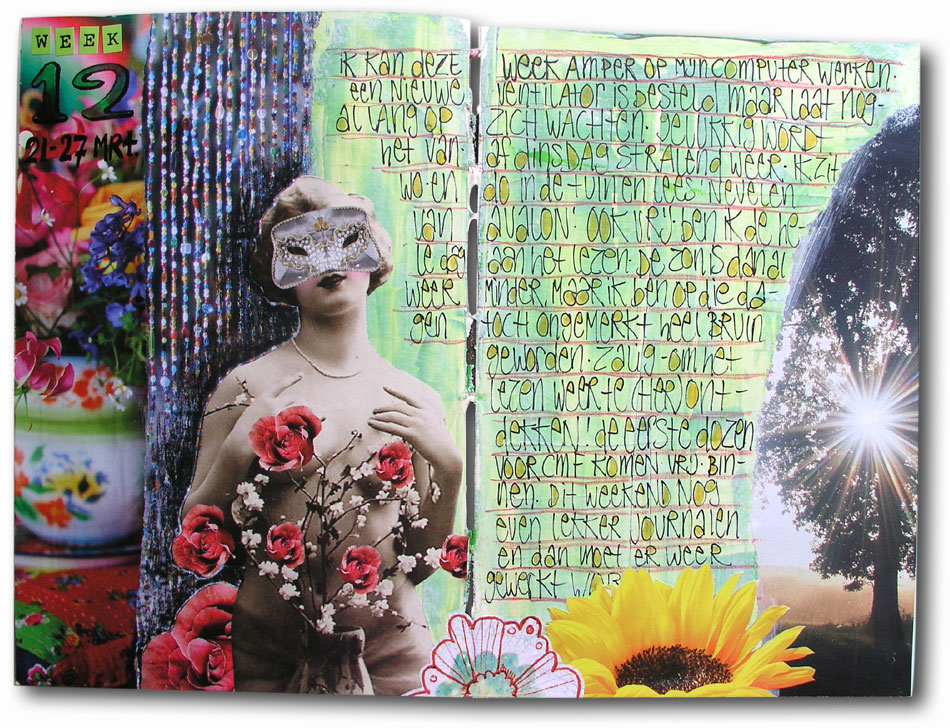 Thanks for visiting my blog!

I don’t thank you often enough, but I want you all to know
that I highly appreciate all your visits and comments!!!
Have a wonderful week sweeties!!