Good morning sweeties, glad to see you again. It’s been two weeks… yes, I skipped last week’s Wednesday blogpost because I got all occupied with my art. I went into some sort of creative flow and didn’t want to disturb that, so I kept on going. As a result, I have a lot to show you. I won’t publish it all at once though but still, it’s a lot so I won’t talk much today – instead, there’s some extra photos. Enjoy!

WOYWW #576
This was on my working table Tuesday afternoon. (Who said I couldn’t make a mess… 😉 )

Gelli-printing on my ‘big desk’… 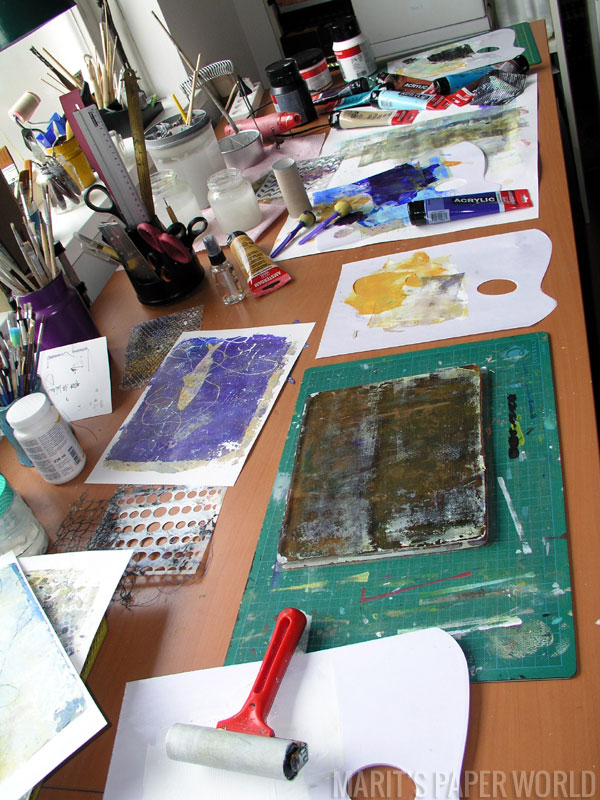 … and the smaller surface to the left, used to lay the paper to dry (on top of my stencil-folder) and there’s my mobile phone underneath of it all (the ‘green thingie’ peeping out) 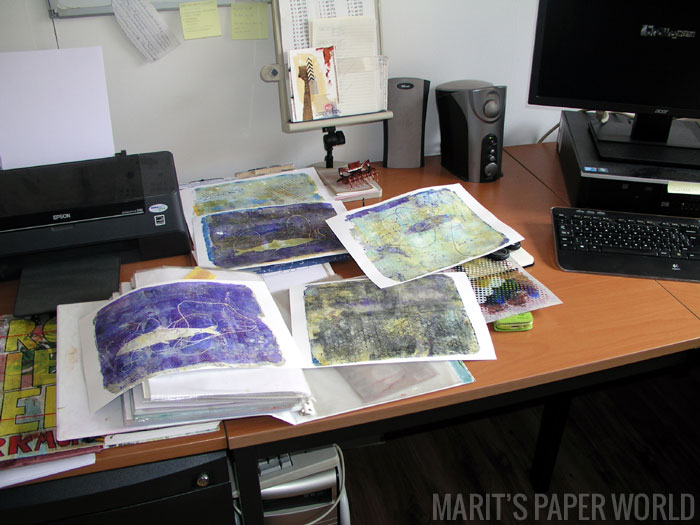 A new dare at the scrapbooking challenge group where I am a (guest) designer. The challenge is to use this sketch: 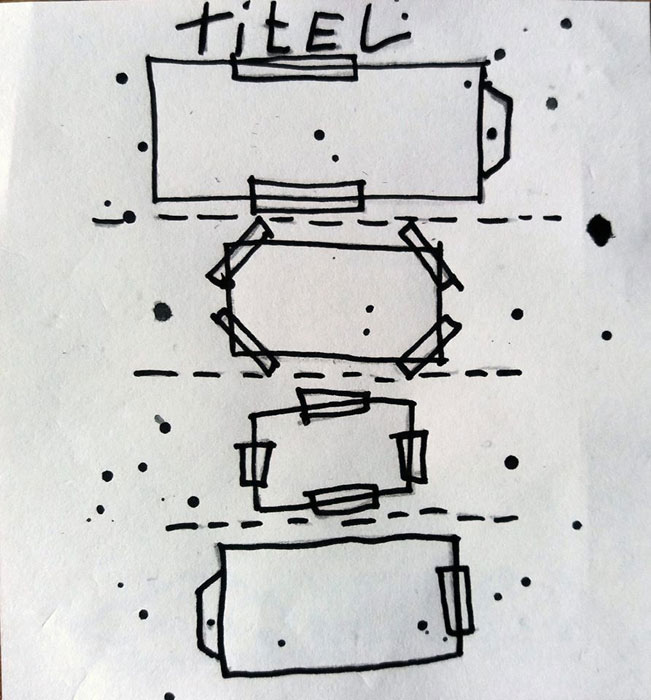 The layout I created with this sketch
(the French sentence is from a Jacques Brel song: Ay Marieke, Marieke, Il y a longtemps. Entre les tours De Bruges et Gand.) 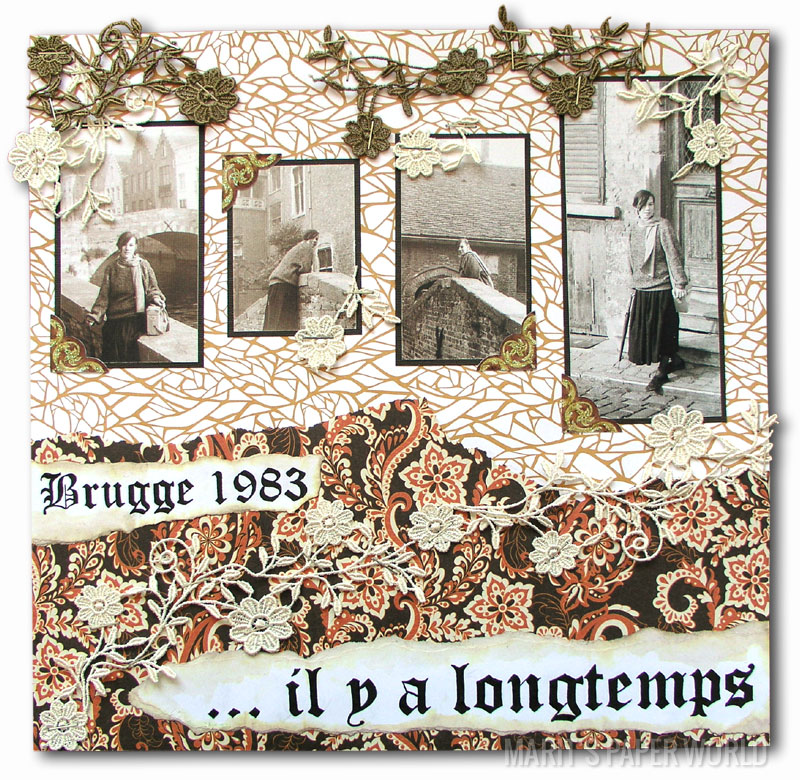 Notes from the land of the screaming seagulls

A few years ago (September 2017) I started working on a new series of ‘small collage-mixed-media’ pieces. It was a sequel to my earlier series Letters from the Wasteland. I created two pieces back then, but the project got ‘lost and forgotten’ at the bottom of a drawer after that… until I found it last week and picked it up again.

Notes from the land of the screaming seagulls III 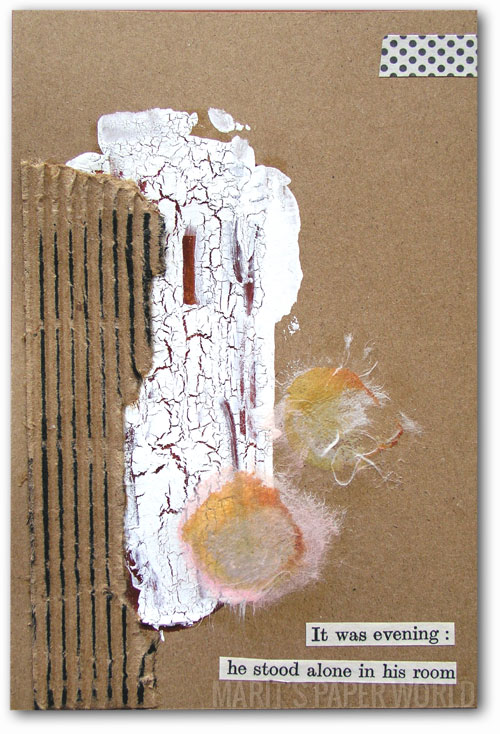 Notes from the land of the screaming seagulls IV 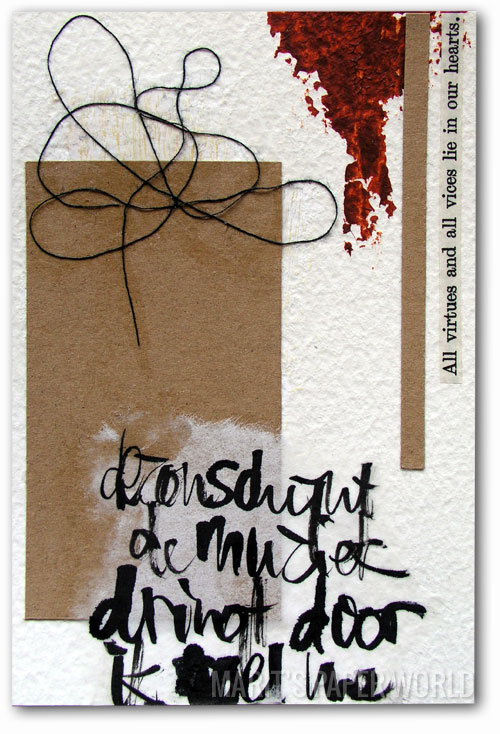 Week 22 was a week the world will remember… 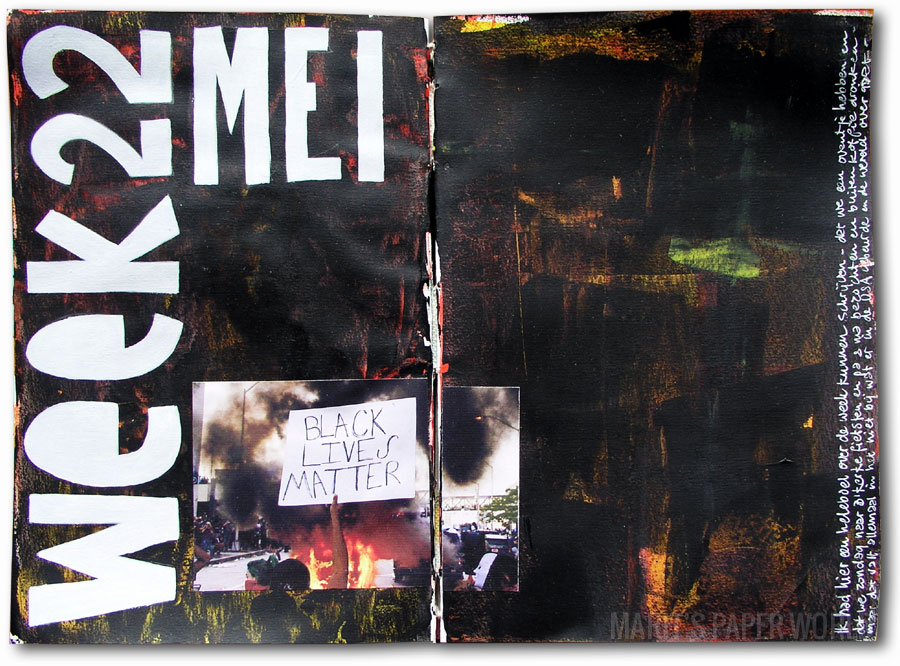 Thanks for staying with me ’till the end of this blogpost! Have a great week y’all – go do something fun: make a (creative) mess!

Leave a Reply to Lilian B # 15 Cancel reply