If you have state-related art, stories and inspiration to share or if you made art inspired by this blogpost, LINK US UP BY USING THE INLINKZ TOOL AT THE END OF THIS POST. Inspiration for you to use as a jumpstart to get creative is at the end of the post.

I am looking for GUEST BLOGGERS to blog about different States in America (find the list with States and schedule here.) These guest posts do not have to be as extensively written as mine and preferably give more personal and artsy insight and info about the state/region. Info that is interesting for an artist to know, like pointing out local art shops and little galleries et cetera. Also, I will be available to help you with tips, search for images and add extra inspiration if you need me to. Email me at bigroadtrip[at]maritspaperworld[dot]com if you’re interested!

Yeah, right, we keep on singing that same ol’ song because we are still in Carolina…
we’re entering the South now. Here’s the map of South Carolina. 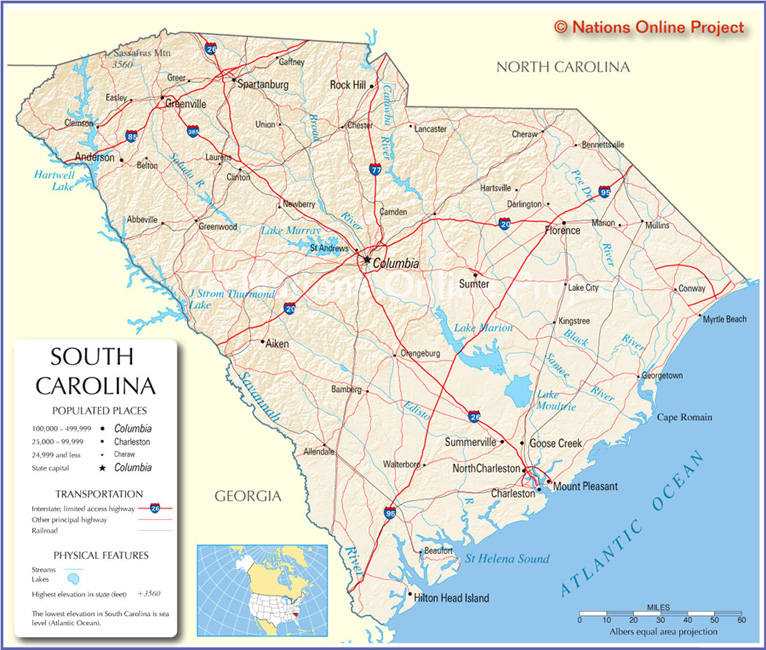 “With over 360 championship caliber golf courses, South Carolina is truly a state
that is made for golf.”
?
OK then… hmmm… well, I don’t play golf myself, but I take this fact as an opportunity to cross the border in a golf cart. 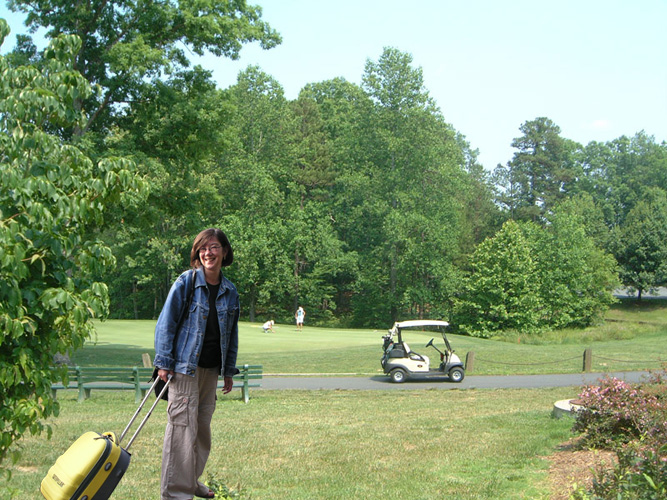 Shall I point out some facts first, before we move on to the more cultural and artsy things? Right! Here’s what I found and think is worth mentioning: 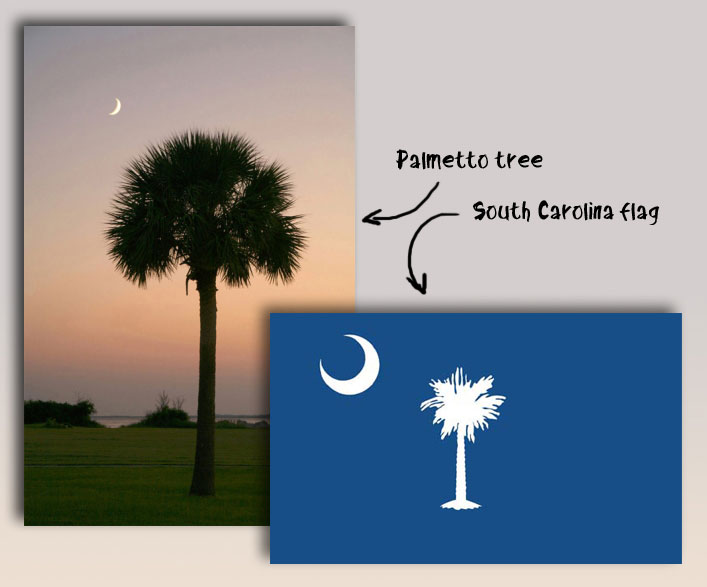 Motto: “Dum Spiro Spero” – While I breathe, I hope

Skyline of Columbia from Arsenal Hill

Haha…so now I picture a South Carolinian sitting on top of a mountain, drinking milk and staring at the spiders around him. Tough people they are! 😀

If you like to know more fun facts about this state – here are some links:

History, Geography, Demographics, Economy, Government and politics can all be found on this Wikipedia site

On to the cultural and art side of the trip… and there is definitely art to find in the
Columbia Museum of Art. 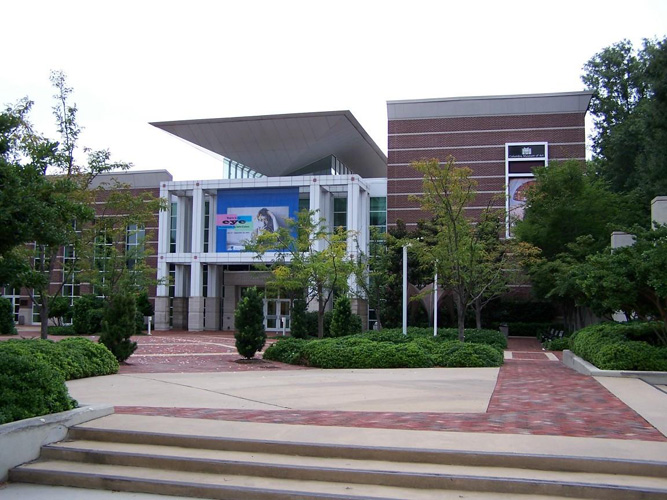 “The 25 galleries of the Columbia Museum of Art in the capital city of Columbia are home to Botticelli’s only fresco that resides outside of Italy, as well as work from Monet and art glass by Tiffany — it’s truly one of the most impressive museums in South Carolina.”

I would love to visit the exhibition: Picasso: Master Prints

From the list of museums, I also pick the Cherokee County History & Arts Museum. This Museum houses nearly 8,000 sq. ft. of permanent exhibits ranging in topic from Native Americans and the American Revolution to Geology and Moonshiners. 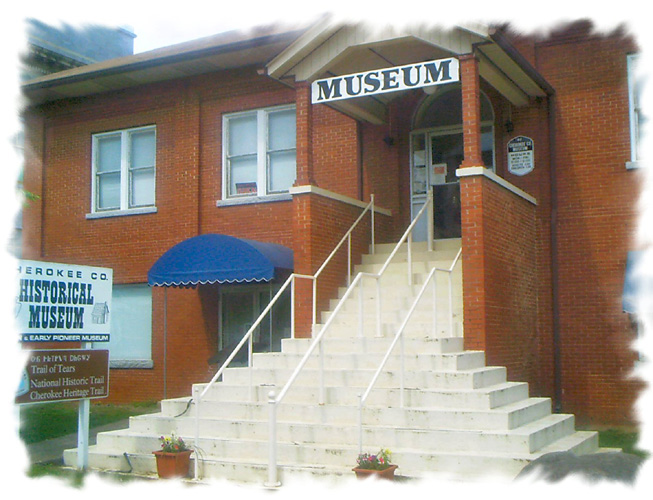 Last Month, in Lake City there was a festival called ArtFields.

“ArtFields is a first-of-its-kind, Epic Southern Artfest Competition and Celebration to be held in the historic community of Lake City, South Carolina. (…) Selected artists will be invited to exhibit their work in one of the historic downtown Lake City venues, from a museum to a barbershop for ten days. Art competition winners will be determined by popular choice and juried panel votes.”

The winning artist was Kirkland Smith, and I share this article with you:

“ArtFields has a new People’s Choice winner
It seems the entire state has been holding its breath since the announcement that the ArtFields People’s Choice prize had been suspended after the event closed last week. We were all thrilled when Facebook, Twitter and every other social media platform lit afire with the news that Kirkland Smith of Columbia had won the newly designated $25,000 prize. 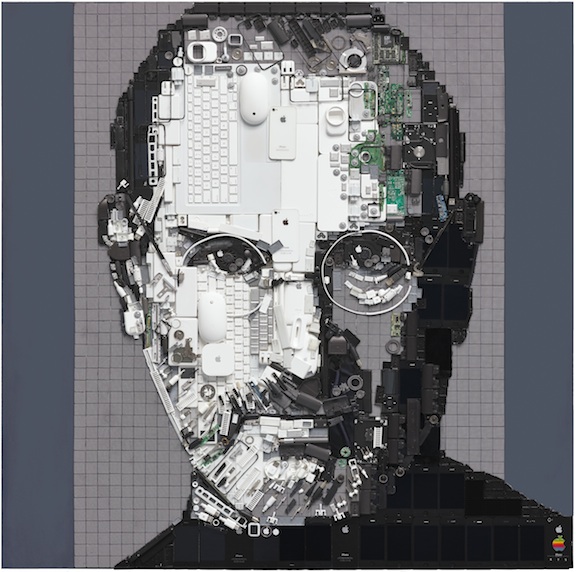 When I was in Lake City on the first day of the art festival, the streets were buzzing with comments about “Steve Jobs,” her portrait of the former Apple CEO that is made entirely of Apple products and parts.

Smith’s use of recycled materials has been a theme that has gained a large following in South Carolina. People are constantly waiting to see what she will come up with next after having created portraits of Marilyn Monroe, Mayor Steve Benjamin, Audrey Hepburn, Bob Marley and more.”

Kirkland Smith’s art is inspiring indeed!
Find her art on her website: www.kirklandsmith.com

Moving on to a last fun fact, before I bring you some extra inspiration to get creative… ’cause South Carolina talks about one inmate these days that has become famous: American Idol finalist Candice Glover is a native of St. Helena Island. 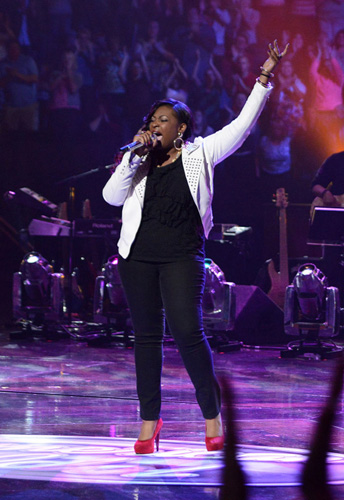 The finale will be Candice Glover versus Kree Harrison. The two-part extravaganza FINALE will begin on Wednesday, May 15 with an hour-long episode beginning at 8 p.m. ET. Then on Thursday, May 16, the two-hour long grande finale will kick off at 8 p.m. ET, and a new American Idol winner will be crowned.

After all this fun facts about South Carolina, do you feel like you want to get creative but you can still use some extra inspiration? Here’s some tips (and of course songs + lyrics!) that you can use as a jumpstart to create – and if you do create something related or inspired by this post, please let me know or leave your link with InLinkz at the end of this post!

So… what has South Carolina – and this blogpost – to offer that you can use as jumpstart to get creative?

and for the music…

I Love To Play – Jake Trout and the Flounders

Night of the Long Grass – The Troggs (lyrics)

When the Grass Grows Over Me – Conway Twitty (lyrics)

Hickory Wind – Gram Parsons (lyrics) (one of my faves!)

Carolina Girls – General Johnson & the Chairmen of the Board (lyrics)
A favorite among shaggers and beach music lovers, this song’s popular refrain declares Carolina Girls are “the Best in the World.”

(I found the following info on South Carolina’s Information Highway)

Groovin’ High – Dizzy Gillespie
Born in 1917, John Birks “Dizzy” Gillespie grew up in Cheraw. He taught himself to play trumpet at age 12 and began recording at the age of 20. (…) He played a major role in the rise of bebop and modern jazz, which he also popularized with his likable personality.

I Got You (I Feel Good) – James Brown (lyrics)
Even though Georgia repeatedly tries to claim Brown for its own, The Godfather of Soul was actually born in Barnwell County. He spent the last 30 years of his life on an estate in Beech Island, near Aiken. Along with Dizzy Gillespie, he is South Carolina’s most famous and widely-renowned musician.

The Twist – Chubby Checker (lyrics)
Hailing from Spring Gully (near the Georgetown / Williamsburg County line), Chubby Checker (aka Ernest Evans) was born in 1941. Mostly known for his 1960 summer hit The Twist, Checker was instrumental in changing the way people danced to music.

If you have a State-related blogpost to share, or if you have art to show that is inspired by the State or by this blogpost, feel free to leave a link. Please leave a link to a specific blog post or image on flickr, rather than a general url. To avoid spam, I will view each link before it gets approved. No linking up to travel agents or advertisements please. Thanks!