Days, no, weeks fly by and my Chronicles art journal contains old pages I did not post yet. I have the feeling I keep on running behind so today I show you two week-pages from March (and OH-MY we are half-way in April already!) You can tell from how the pages look that they were made fast… I don’t have much time lately to work in the art journal long so I seek for faster techniques to make the pages. 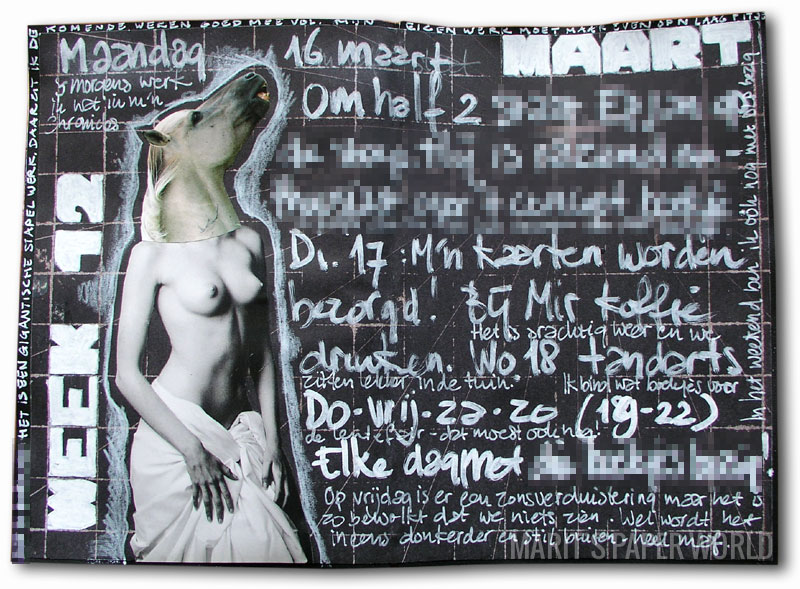 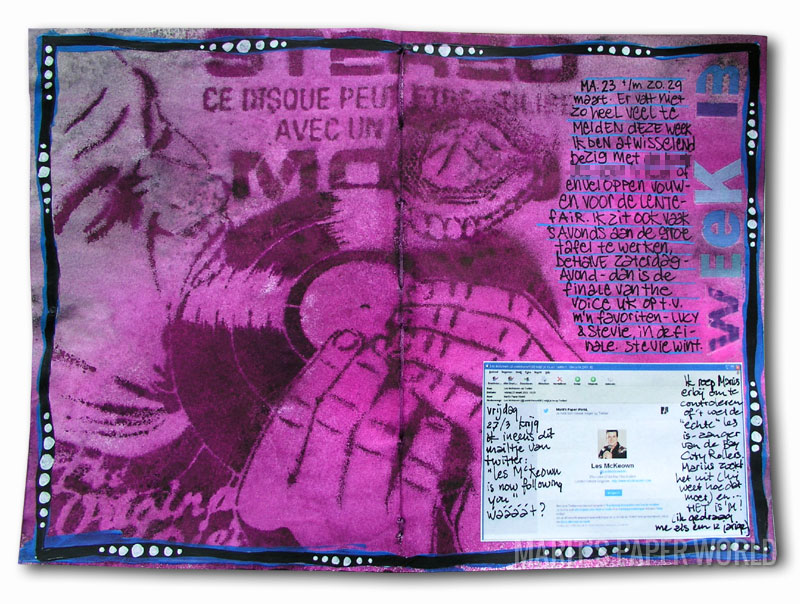 Week 13 shows the ‘event’ that happened to me that week… I published this post on a Friday morning, talking about the Bay City Rollers and later in the afternoon I received a message from Twitter… now that is not uncommon as I receive emails from Twitter on a regular base (you know, messages like “you may know these persons on Twitter” or “this-and-that person is now following you on Twitter”) but this one was rather special as it says: “Les McKeown is now following you on Twitter”….. WHAAATTT???

Les McKeown… lead singer of the Bay City Rollers, hero from my youth… really? Is he following me on Twitter? And is this the ‘real’ Les McKeown anyway or just another evildoer, tweeting under a famous-person’s name?

So I called my beloved to my computer and asked him to investigate this Twitter-person. My beloved is a magician you know… So he did his thing (checking IP addresses and stuff) and came with the final answer: IT.IS.THE.REAL.LESLIE.MCKEOWN

I felt like a teenager again, did a happy dance and spend the rest of the Friday-evening with a big grin on my face, calling from time to time into the air (and to my beloved) “HEY, you know what? LES is following me on Twitter!”

Now this was a few weeks ago but typing this blogpost, I am again smiling.

OK.. some of you may not be familiar with the Bay City Rollers… after all, it was ‘a long time ago and far, far away’… so here’s a link to their biggest hit (at least in the Netherlands that was) S.A.T.U.R.D.A.Y.night

Do you ever feel like a 12-year old again? When? What triggered the feeling?
Let me know, and have a great day: Keep on Rollin’ 😉