Yaaayyy… I’m here again – how are y’all doing?
I’m fine overhere in the Netherlands and I worked on some art journal spreads last weekend, and something completely different too… you’ll see.
I share it all in this blogpost, starting with a photo of my desk 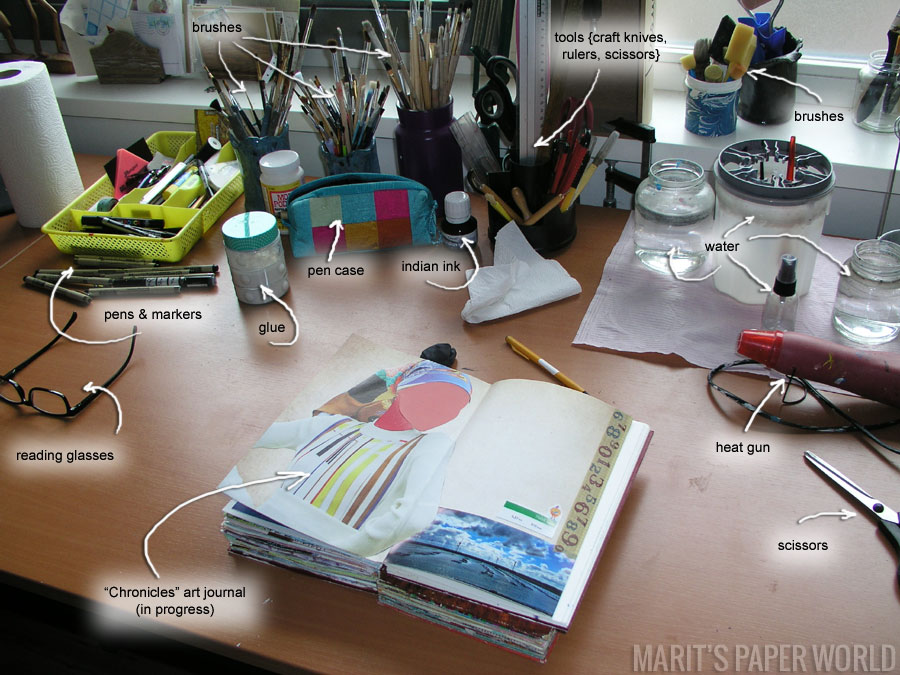 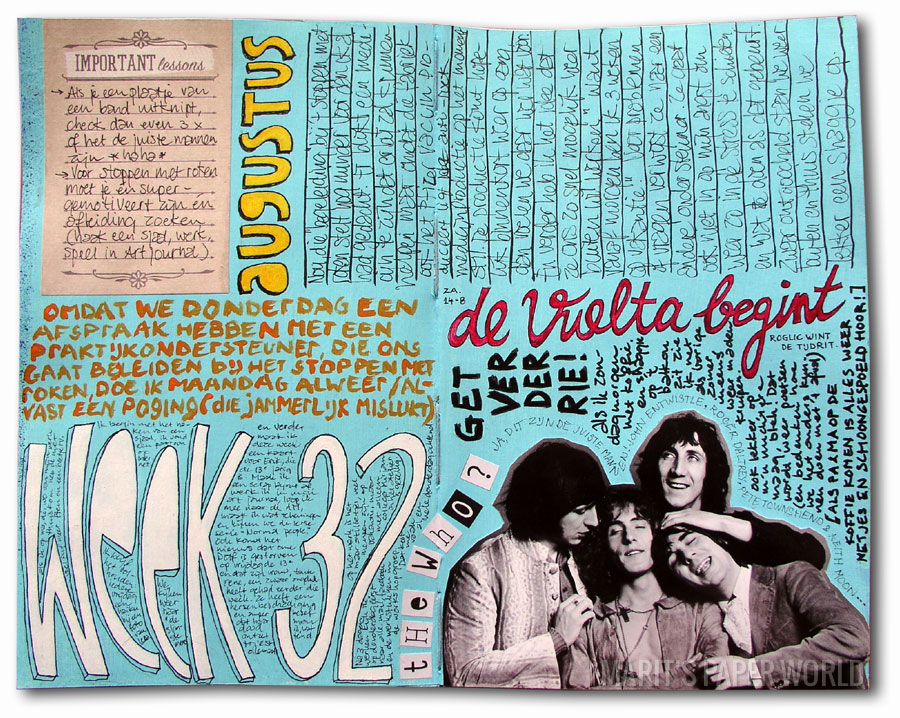 … and yep, that’s the boys of “The Who” on the spread. Remember my former spread? I used a photo on that page of a band that I presumed was The Who… silly me, I should have checked. Lynne pointed out it was the band the Small Faces! So I looked for a new photo of the Who to use in Week 32 and I found a nice one. And yes, I checked & double checked… this is the band who’s song I hear when my phone rings! 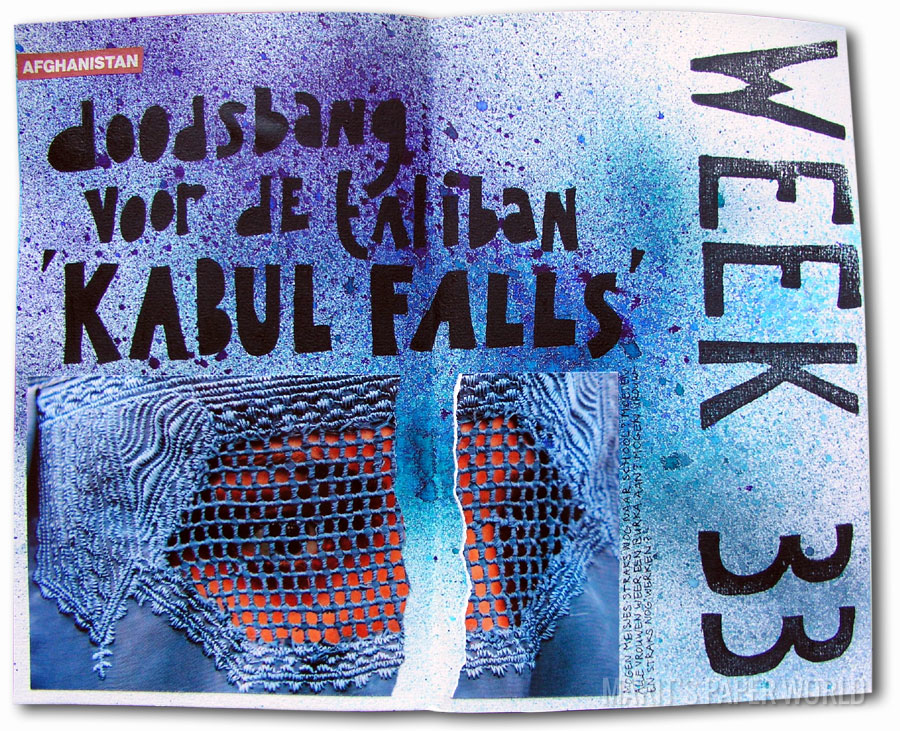 I got my phone over a year ago from my friend Lena, who bought a new one and let me have her oldie. It came in an old, left-over phone-cover and I didn’t like the ‘camouflage-look’ at all. I decided to buy a new cover but then came Corona and the stores were closed. I didn’t want to order online so I decided to wait and I got used to that cover – so didn’t run to the store when they opened again, but when I saw someone in a Facebook group posting a photo of her pimped phone cover (why didn’t I thought of that before?) I got on to it. After all, it couldn’t get any worse than it was…

.. and I’m waaaaayyyy happy with the way it looks now! 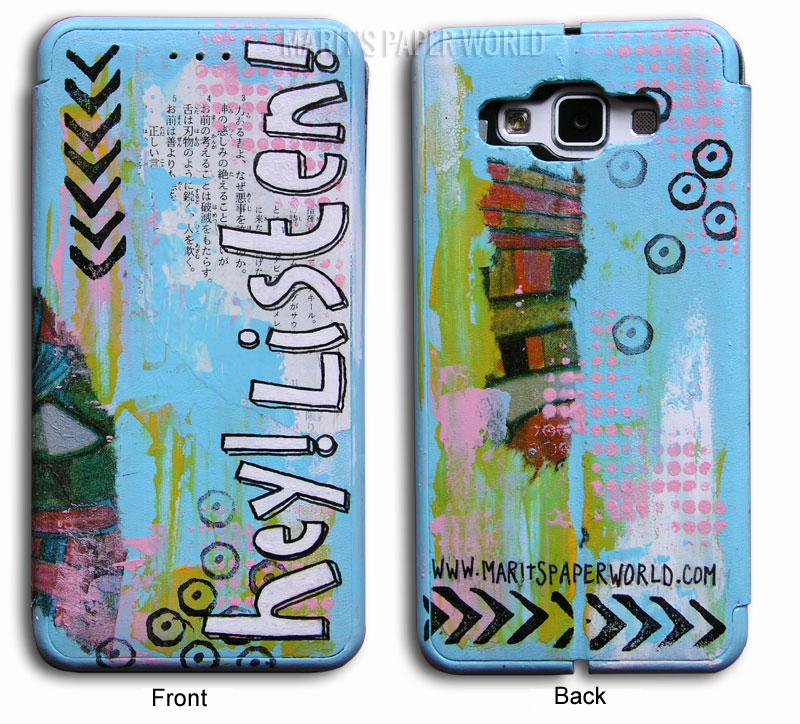 I started with sanding the cover (it was some kind of fake-leather fabric) then gessoed it and used Amsterdam acrylic paint and a bit of thin (tissue) paper. The words were drawn with a permanent marker and coloured with paint. I also stamped with a home-made stamp and Stazon black stamp-ink. I used mod podge as a varnish.

I told you already that my ring-tone is the intro of “Baba O’Riley”, a song by the Who, but when I get a text message, my phone calls Hey! Listen! (Gamers might recognize this, at this is what Navi yells to Link in the game “The Legend of Zelda: Ocarina of Time” so I put that yell on the cover.

And that’s it for now, I gotta run to get to my job but I hope to see you later this week.