Pfew, the heat is gone and a storm rages over the region, howling at the roof and windows and causing a lot of noise. I’m safe and sound in my little atelier and plan on working on my ‘to do’ list today, as next week I will be back to work and will have less time to do so. But before I even look at the list, I join in with the ‘woyww-deskers’ and show you my desk. The photo was taken yesterday and I worked a bit more on the spread since. 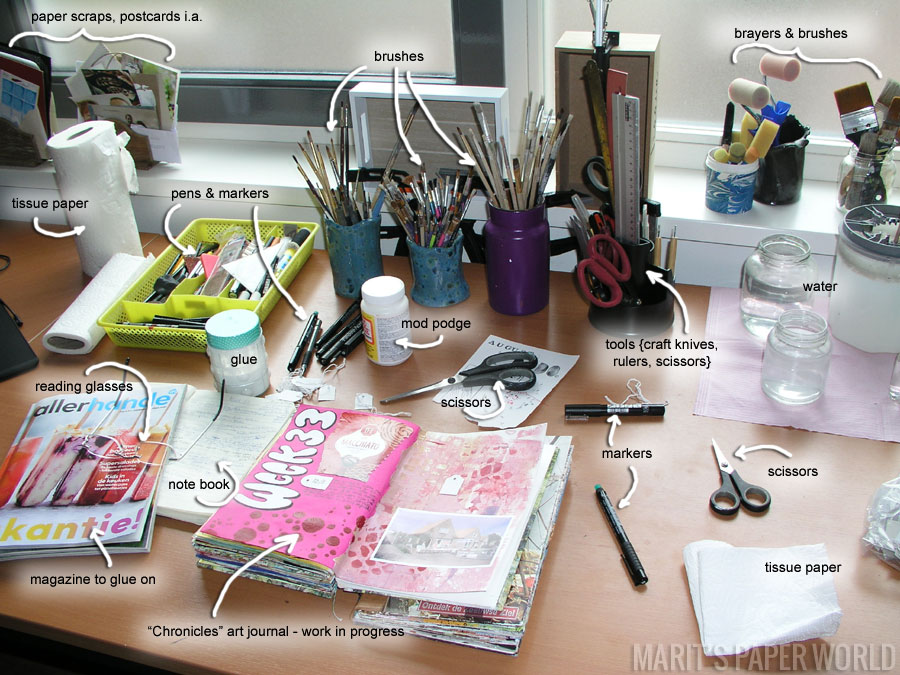 I usually create a spread in one ‘session’ (afternoon) but during the heat wave I just couldn’t. Week 32 spread took me several days, adding something to the pages every day. 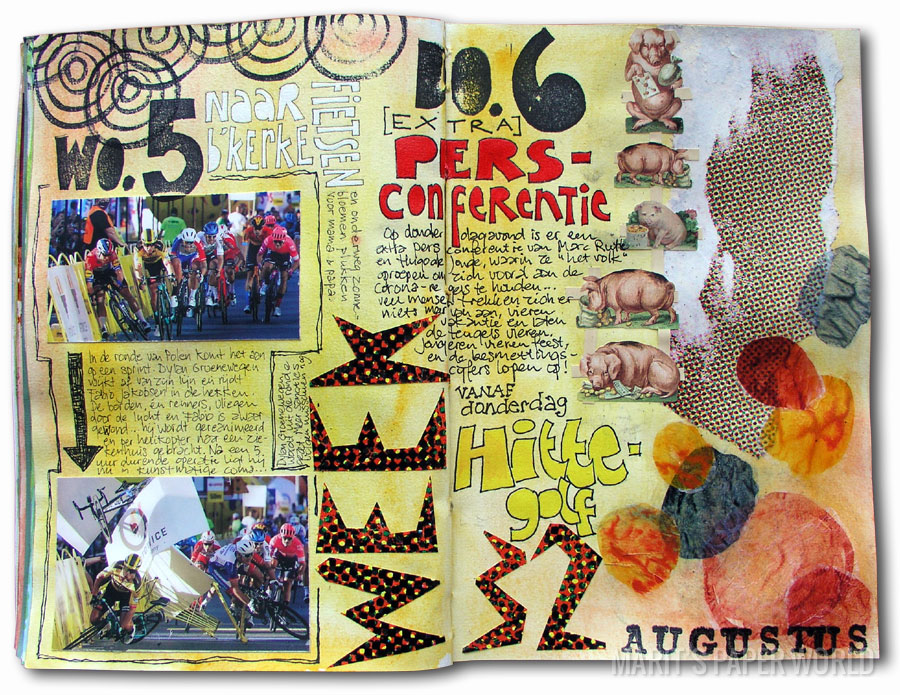 You may know I love to watch cycling races – because of Covid 19, this is a stange year for cycling… all the races that were planned in Spring and Summer were postponed and now the cycling season started in August – I don’t know if the cyclists are nervous and/or miss the routine of racing, but there were a lot of crashes at the first races. I felt it in my stomach when I watched a horrific crash at the Tour of Poland: Fabio Jakobsen was run into the barrier by Dylan Groenewegen (and ended up in hospital) and only a few days later, the Belgian cyclist Remco Evenepoel collided with a stone wall and fell into a ravine during a race. (Luckely, according to the latest news reports, both cyclists are recovering well.)

On Saturday, the Tour de France starts – these are weird times!

On July 8th, I posted a desk photo with a background and noted: “I’m in doubt over the next step…” Here’s what it turned into – a card for my friend Kim Mailhot. 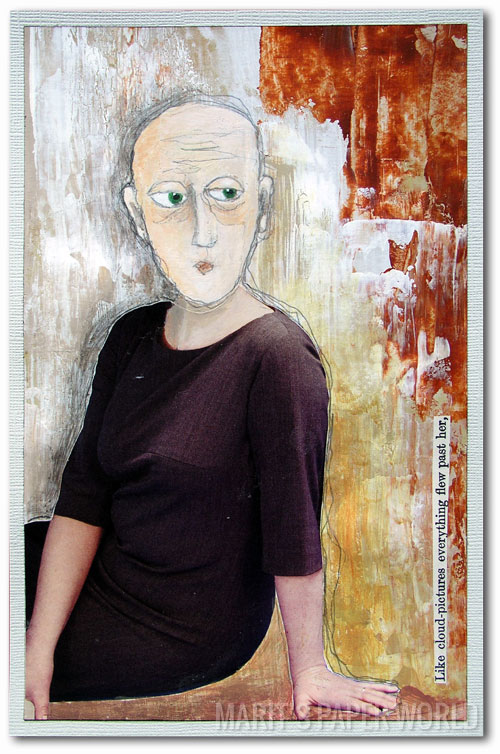 … and in return, I received this little piece of art from Kim, she called it Angel at the Seawall 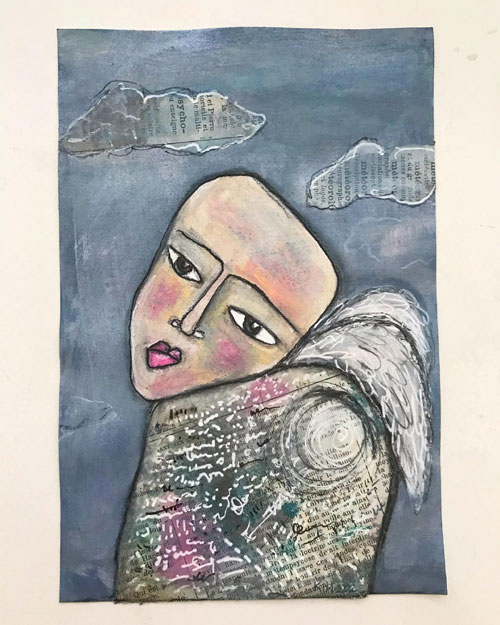 And last weekend, I created a card for my friend Jenny de Bode. She’s a big fan of my ‘sad, bald faces’ and she send me an email just now that she’s very happy with this little piece. 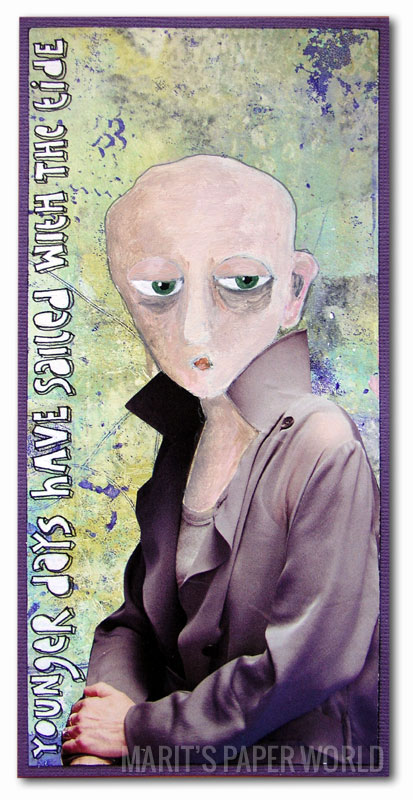 That’s it for today folks, it’s time to start ‘slaying the list’ and maybe I will go for a walk in the storm too today, to let the wind blow my mind clean. It’s good to do that from time to time you know…. I wish you a lovely week!