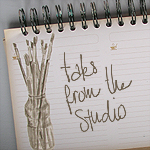 I write this post on Tuesday evening after a long, hot day… yes, we have tropical temperatures in the Netherlands and the office room – where the computer is – is unbearable to stay in longer then ten minutes during the day. The forecast predicts 35 degrees Celsius (= 95 Fahrenheit) on Wednesday – and that is OUTSIDE!! The office room will be worse then (nope, no air conditioning here…) so I will be online only for a short while – to check my email and submit this post to the woyww list – and I will spend the rest of the day in a cooler place. I hope it cools down later this week so I will be able to go ‘desk hopping’…

OK… Tuesday evening then… and I have a golden oldie scrapbook layout for you – lifted from one of my old scrapbook albums. 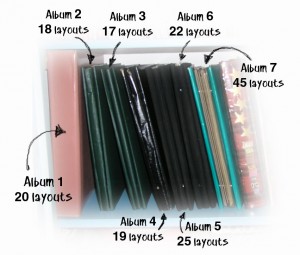 This week’s request came from Laura – from  Beads, buttons & birds who asked me to open album 1 and show layout #19. {click on the image to enlarge} 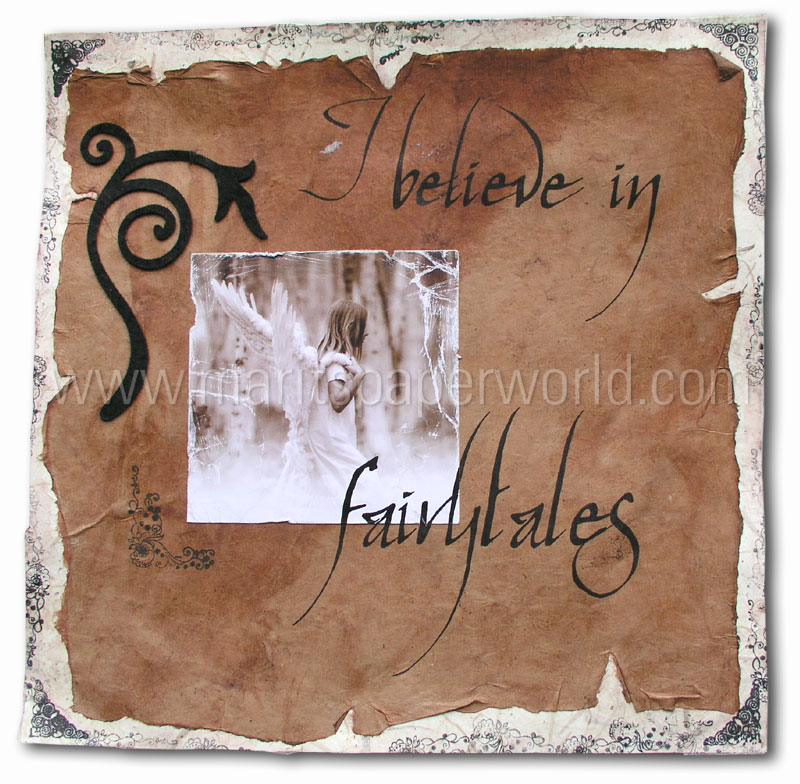 Aaahhhh, a romantic ‘fairytale’ layout from 2009… The photo is a Christmas-postcard which I fell in love with… the girl with the wings – so cute! The background is a light scrapbook paper from which I stamped the borders. I remember the brown paper on top was a present from my mom (it looks like leather.) I added a black, felt ornament and hand wrote the title – using a ‘fairytale font’ that I found online as an example.

Sunday was Father’s day in the Netherlands and here’s the card I made for my dad. 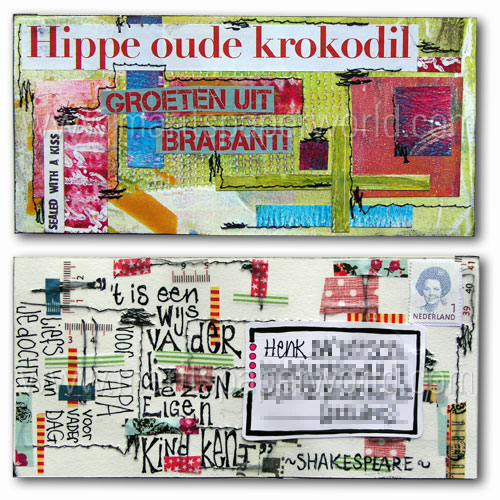 And I made another card – using the same collage technique and a bit of machine stitching – for Carmen, the daughter of my friend Lena, who graduated from high school last week! 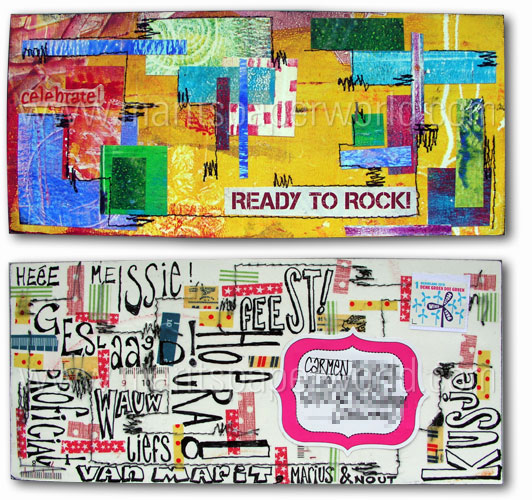 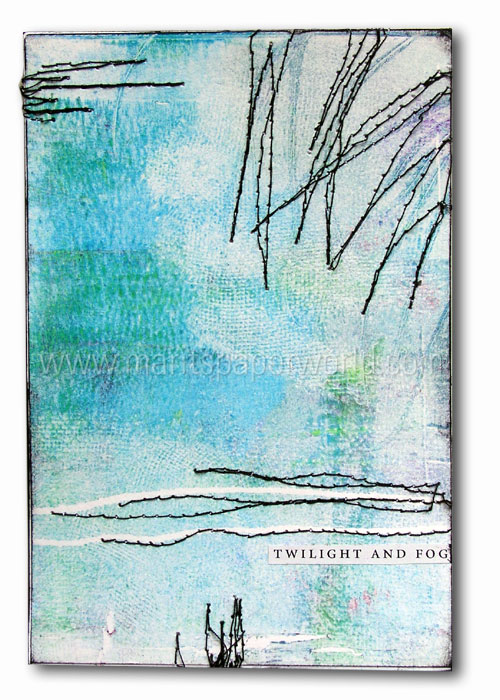 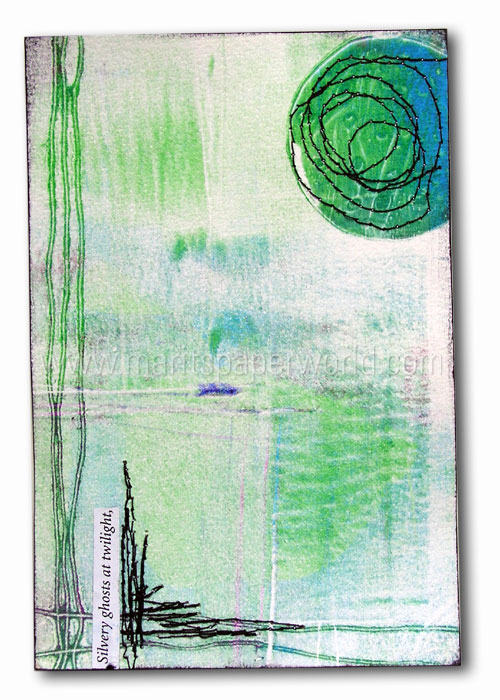 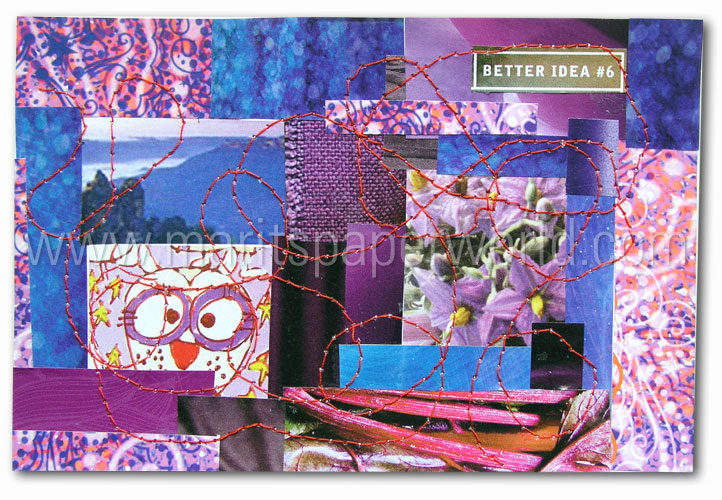 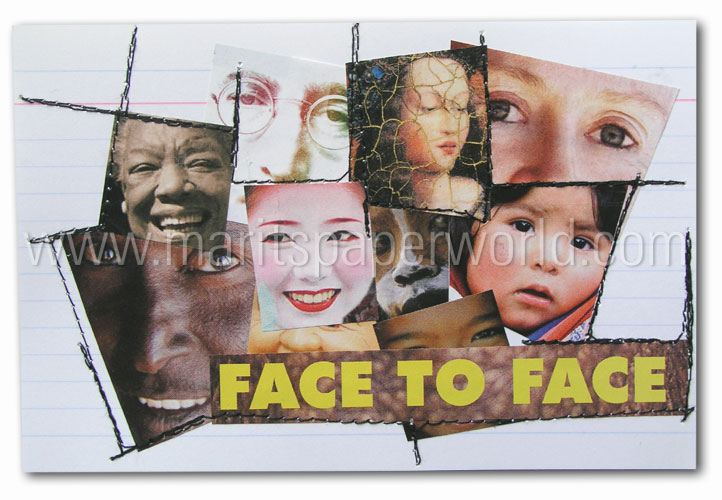 I don’t think I’ve ever showed (or had!) a desk looking as messy as this one!! 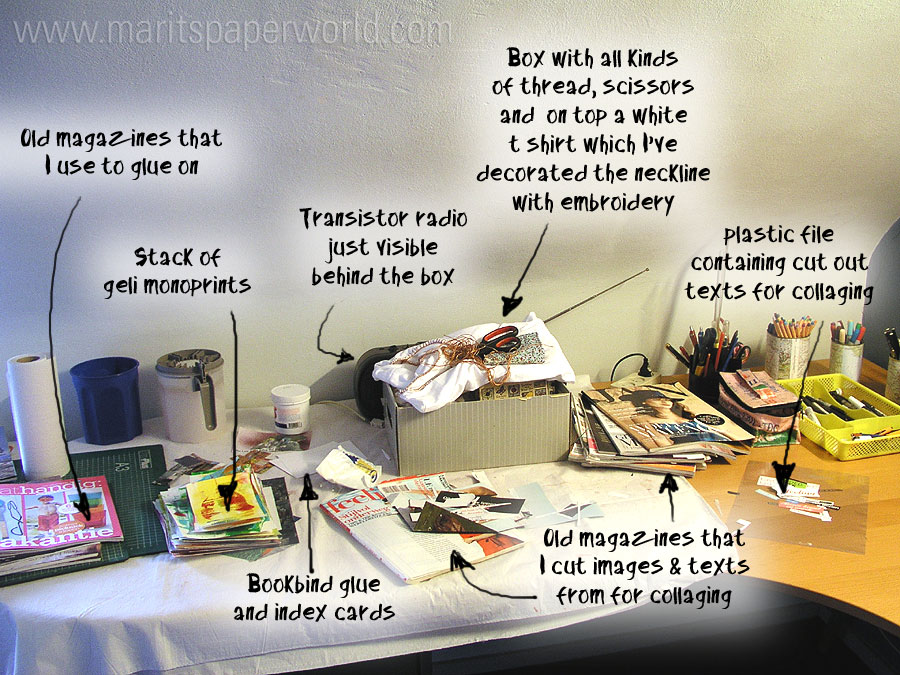 Most stuff still lay on the desk since Monday. I had not been here after the temperatures rose that high – my studio is on the top floor right beneath the roof and it’s hot in there! I collected some thread and my needles & scissors in a box this afternoon and took it outside to the garden, where I worked on an old t-shirt – altering and decorating the neck with embroidery. It is not to my satisfaction yet though, so I just dropped the box on the desk to work on it some other time…

Thanks for stopping by today!
I hope to visit you all later this week…
enjoy the day and stay cool!