the man & the mermaid (and how I got my name)

Once upon a time, there was a young man who lived near the sea.
He was a bit of a loner, and didn’t fit well in the community.
He had friends, oh yes, but he had a longing deep within him.
He didn’t even know what he longed for, but it had to do with the sea.
So much he knew.
He kept on coming back to the beach, staring over the waves… 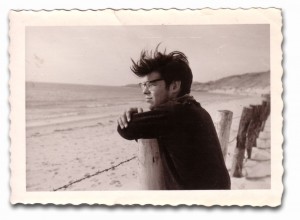 Once upon a time, there was a mermaid.
Although she loved her family and life, deep hidden on the seabed,
she was somehow drawn to the water surface.
Was it out of curiosity?
She didn’t know what caused the feeling, but she kept coming back
to the surface to peek at the beach that laid in the distance.

In the Springtime, she saw people who walked their dogs.
Summer came, and children built sandcastles on the beach.
The wind played with the sand during Autumn storms and
in the winter, she stared at the dunes wondering what would lay behind it.

The young man stood at the empty beach, and stared at the waves.
Her heart pounded when their eyes met, but before he realised what he saw
she dove under. . . so the young man, a sober guy, told himself he’d seen a fish.

That night he saw her eyes again in a dream and when he woke up,
he was convinced that he really had looked at a mermaid the other day.

The mermaid thought of the young man all day
and all night.
She couldn’t sleep.
She stayed below the surface for a month, two months, three months.
She still couldn’t sleep and when she did (only for a minute or so)
she dreamt of him.
She couldn’t eat and she wasn’t the happy mermaid she was before.
Her friends worried.
Her parents worried.
After four months, she told the whole story to her mum.
Her mum laughed but at the same time looked sad.
‘Dear daughter… I know what this is.
We thought you were ill, but it’s much worse.
You are deeply in love, this cannot be cured.
There ain’t no cure for love, you know.

Right that minute the mermaid knew what she had to do.
She kissed her parents goodbye, she waved at her friends and left.
She swam all the way to the surface and ventured to the beach.
It was an early Autumn morning and the beach was empty.
She combed the tangle out of her hair and waited…. 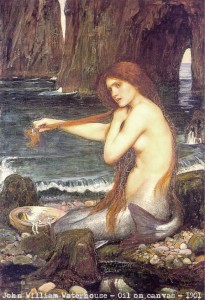 She saw him coming over the dunes.
All that time, every day, he had come to the beach
looking for his mermaid.
And there she was.
He hold her in his arms and carried her home.
Gently, he laid her in the bathtub but her tail was already
started to shrink on the moment he’d kissed her.
The process took a few days and it was painful
but after that, the tail was transformed into a beautiful pair of legs.
He taught her to walk, and they walked along the beach together.

Only a year later, a little girl was born.
The girl had legs… 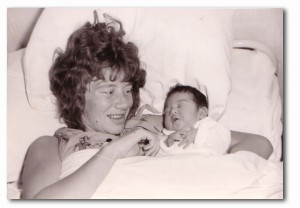 The mermaid and the man were over the moon happy.
‘I’m glad she doesn’t have a tail’ the man said ‘but when she grows up,
I want her to remember that her mum once was a mermaid.
I don’t want her to abnegate her origin when she gets older.
How can we do that?’

‘Let’s call her Marit’ the mermaid said.
‘It means ‘daughter of the sea’ and she will carry that name all her life.
That way she will never forget.’

The girl grew up to love the sea… 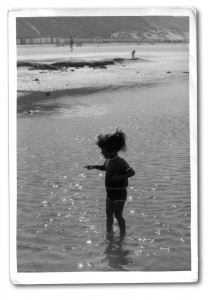 And she got a baby brother… 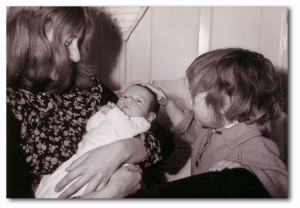 … he had no tail either.
He looked real human and so he was named after his dad,
to keep things in balance.

The man and the mermaid kept on loving each other… 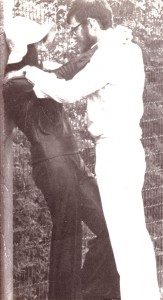 … and they loved their children.
They were one happy family. 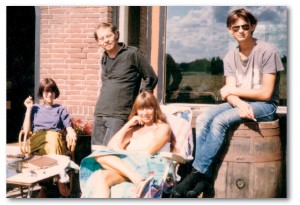 And the girl?
The girl never forgot where she came from.

How could she with a name like that.
‘Daughter of the sea’
Marit

And they all lived happily ever after.

This was the story about how I got my name.

The haiku is written for ‘Haiku my heart‘.
Click the link to visit the other participants and read more haiku’s.

Have a great weekend dear ones, and see you on Sunday.

* Don’t forget about the giveaway in my former post.
The winner will be announced on Tuesday!