Hi there! It’s been three months since I joined the deskers… it’s about time I show my face, ermmm, desk again! Ever since I have a job (working three days a week) I find less time to blog or even craft, but I do fill my free days with creativeness as much as possible. Lately, I’ve been bookbinding with some collegues and on my deks today is a little test-book to try and stitch a nice headband. It took a few tries and I learned also that not all threads/materials show a nice effect. I’m glad I tried it on a little book first so I know what thread to look for when I start binding a new Chronicles journal with a headband like this. 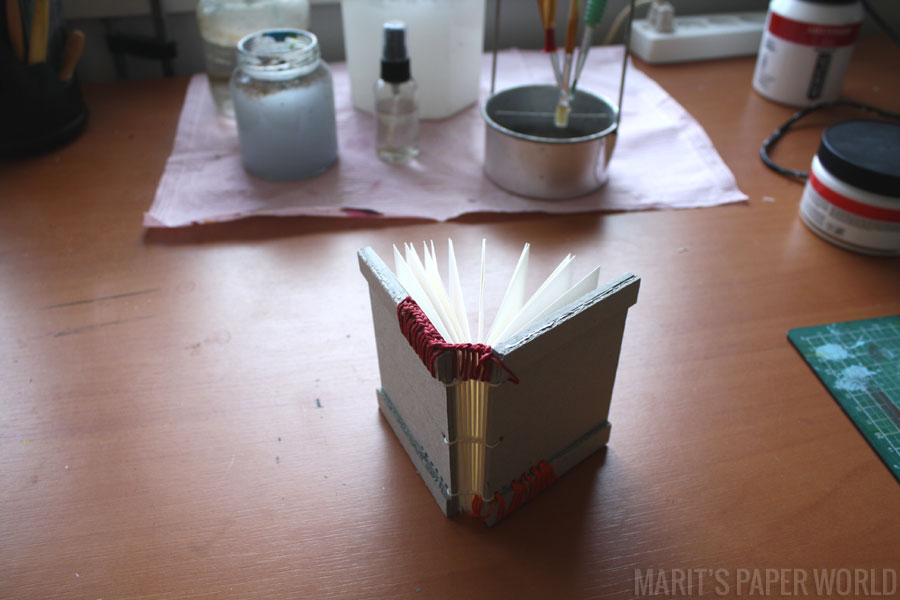 Here’s a picture up close… the cardboard that I used for the cover turned out not to be thick enough to make this stitch stand out nicely, so I stuck an extra piece of cardboard on it. That’s another lesson learned: the thickness of the cover is also something I have to take into account. 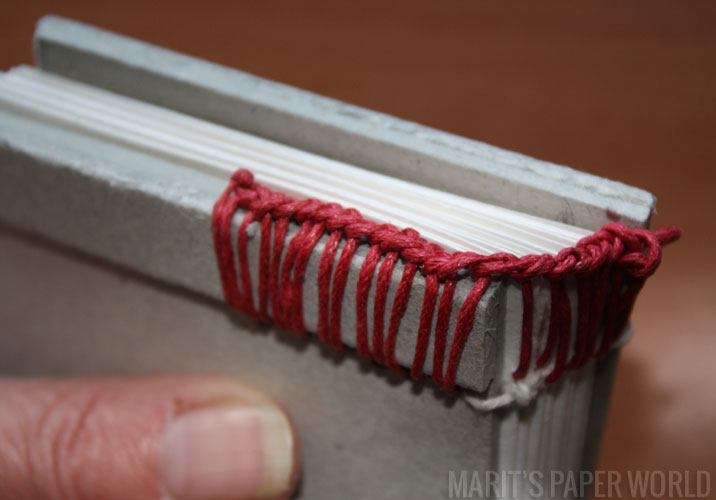 People who follow my blog/me a bit longer will know that I keep a weekly art journal for many years now. I call this my “Chronicles” and in december I will bind my 14th “Chronicles” journal to fill in 2023…! The 2022 journal is still going ofcourse, and here’s the latest spreads I created. 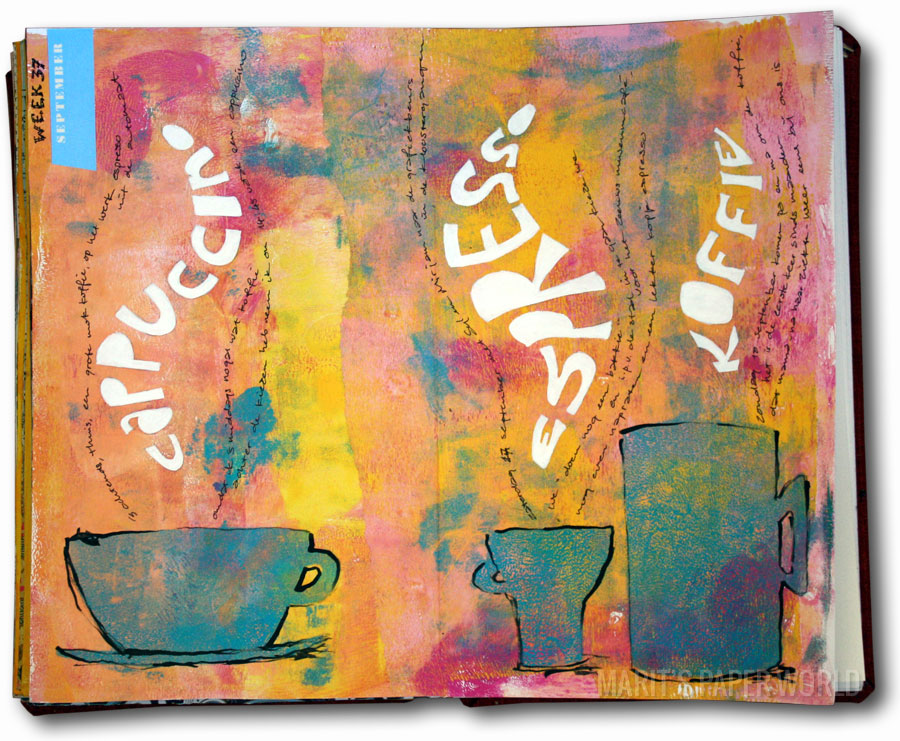 The spread for this week shows more photos because I created pockets and flaps on the pages. There was a lot to tell and show that week…. here’s the story:

My beloved likes art. His preference is for painters such as de Chirico and Delvaux. Years ago he told me about a “Paul Delvaux museum” that was situated “somewhere in Belgium on the French border”, and that he would like to visit that museum one day. We didn’t have a chance to do that back then, but I remembered the fact…

More than ten years later – settled in a nice apartment in Middelburg, having a job and experiencing more ‘light in our lives’ – the idea came back to me. I googled the museum and guess what: it is located in Koksijde on the Belgian coast! Gosh… that’s not that far away from where we live! The idea was born: I kept my mouth shut and decided to make it a surprise trip. The plan was delayed due to Covid and my mom’s illness, but at the beginning of August it was finally time to take action. My dad offered to loan me the car, I studied the route and I secretly booked a hotel.

I marked three days on the calendar saying “these days have to stay open”. I didn’t say more than that I’d planned a surprise trip. Oo-o-o… with all kinds of questions he tried to figure out where we were going but I kept my jaws tight! I managed to make ‘hint cards’ in my atelier without him seeing it and once on our way he was allowed to open an envelope and get another hint every now and then.

Just a few kilometers before arriving at our destination, he was allowed to open the last envelope and when it became clear that we would visit “the Paul Delvaux museum” my beloved was just perplexed… and that was exactly the reaction I had in mind! 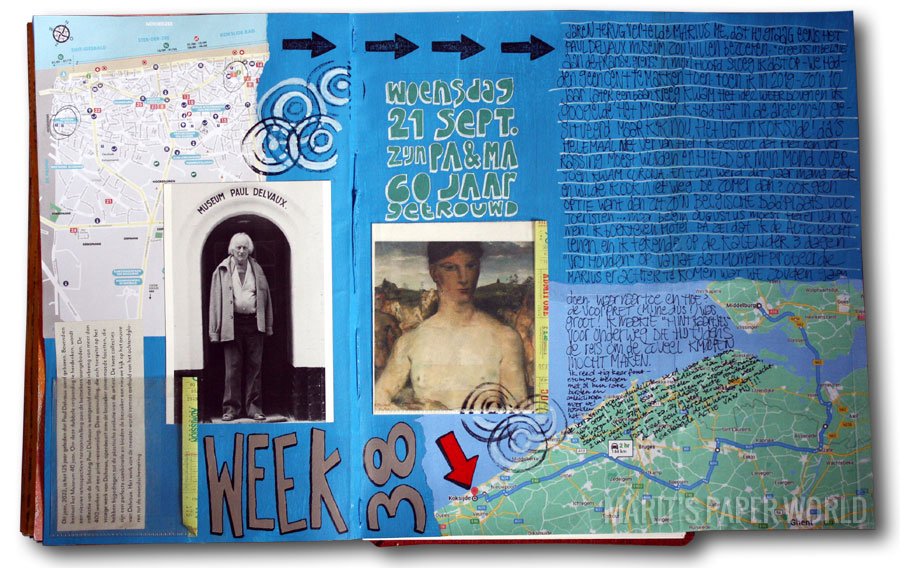 Of course I saved those cards and put them in a little pocket on the page. 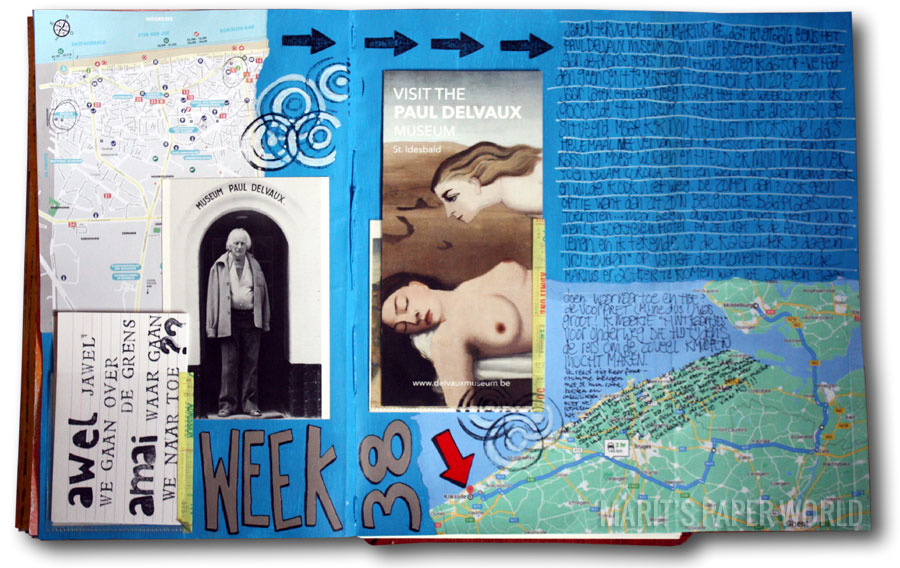 The day after our arrival we walked to the museum and spent two special hours between the paintings. Trip successful! 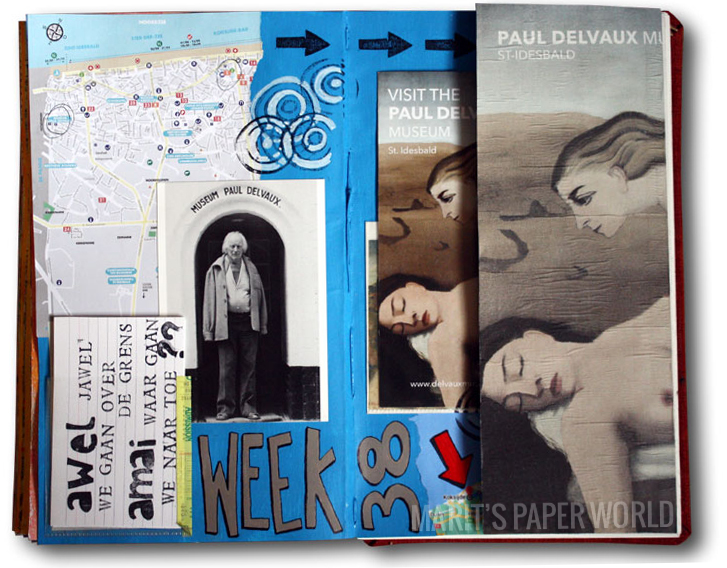 … was my birthday week. The card to the right was made by my best friend. 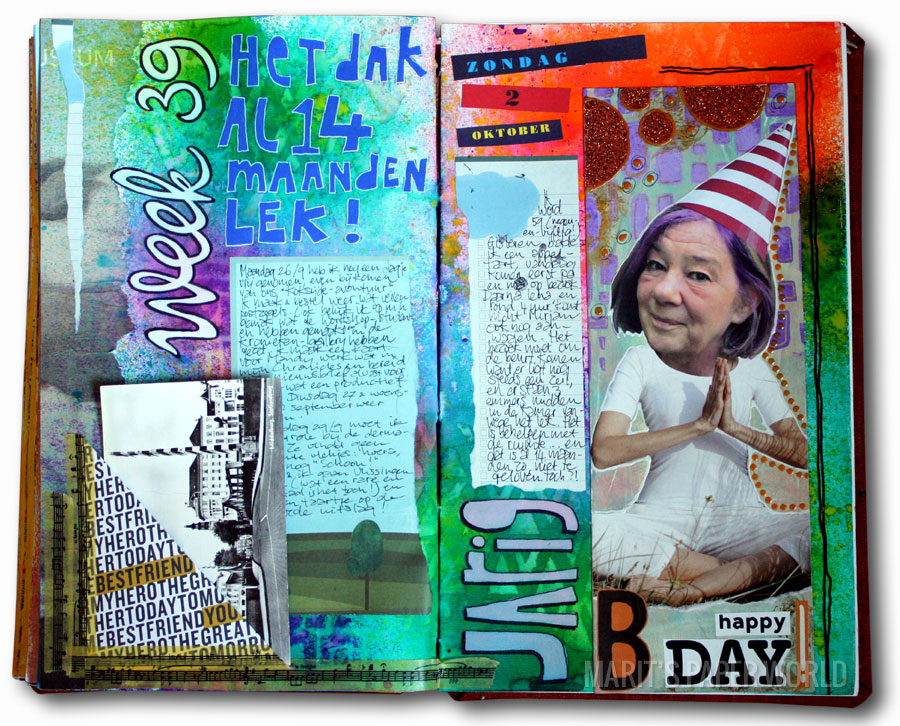 Pfew, that’s quite a heavy post, thanks for visiting and reading! I hope to find some time to visit you back, it may take a few days but I’ll try to squeeze in a few hours of ‘desk-visiting’ as I’m curious to find out what you are up to! Have a nice week, see ya!