Today is “King’s Day” in the Netherlands… something I am not used to still because all my life it was called “Queen’s Day” until Willem Alexander (the son of our queen Beatrix) became king in 2013. So now it’s “King’s Day” – and it is still a ‘big day’ in our country (I wrote all about this ‘orange day’ in this old post) But the weather today is a cold, grey and rainy. No fun for all those people who sell their stuff on the streets at the free flee markets and for everyone who visits a music festival. Still, I plan to go into town this afternoon to have a drink with my niece on a heated cafe terrace (or “pavement cafe” if you like…)

Before I go, I took a photo of my work desk for ‘woyww’… the surface of my desk is full of ‘stuff’ today and there’s a lot to see. 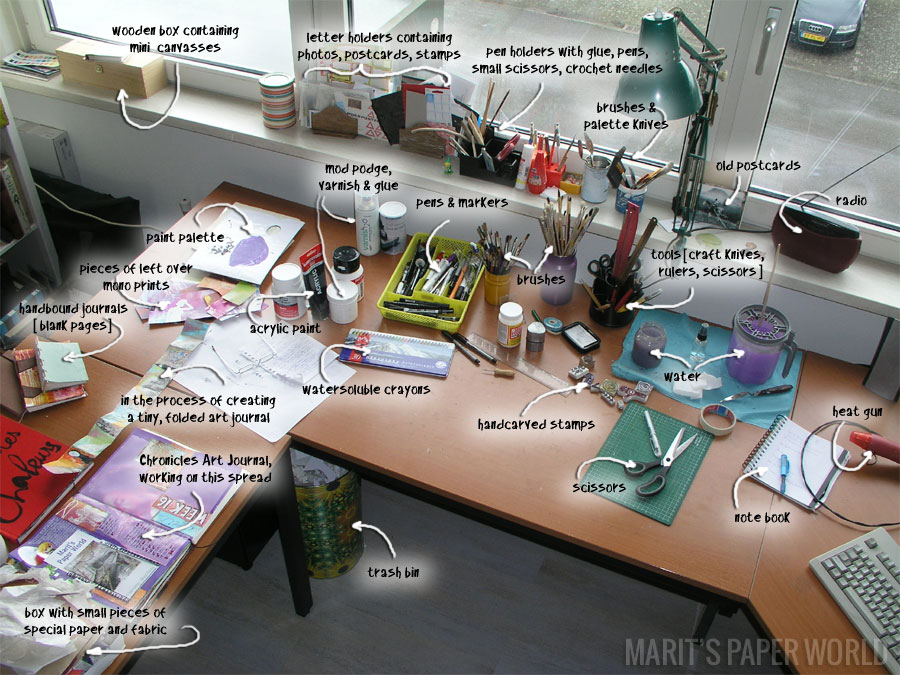 Salient element on the desk is the purple water… I started making a spread for week 16 in my ‘Chronicles’ art journal (a weekly, visual diary journal) and that was the week that Prince died… purple it is then.

There are three more spreads from the weeks before that I didn’t show you. 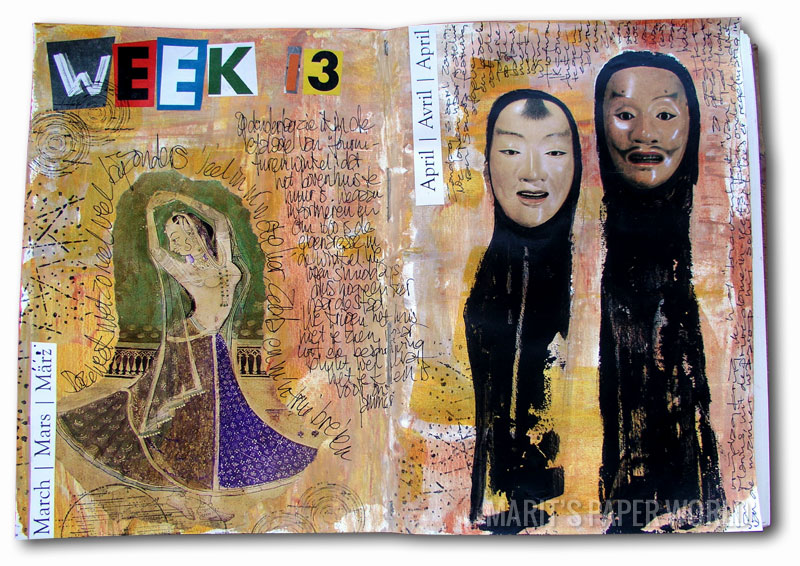 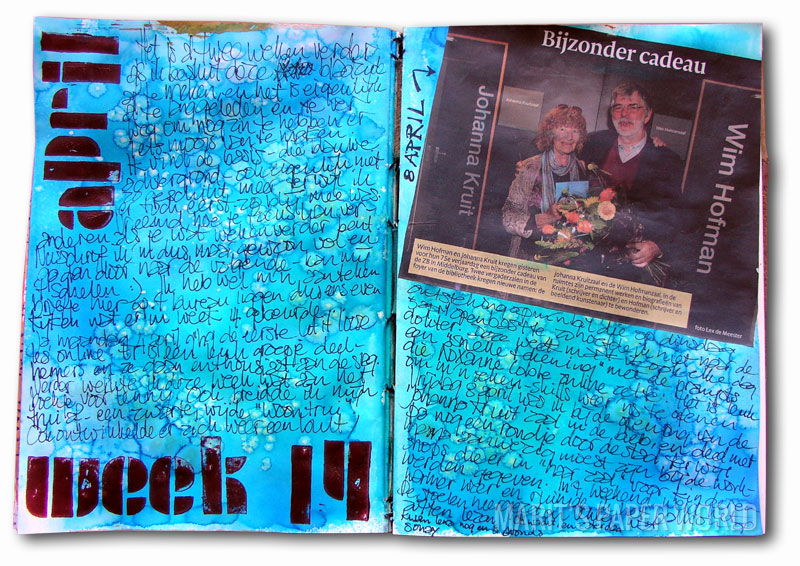 The woman on the photo (an article from the local newspaper) is my mum. She’s a writer, Johanna Kruit, and the town library named a conference room after her. The man is another writer from Zeeland, Wim Hofman, who got a room named after him too. 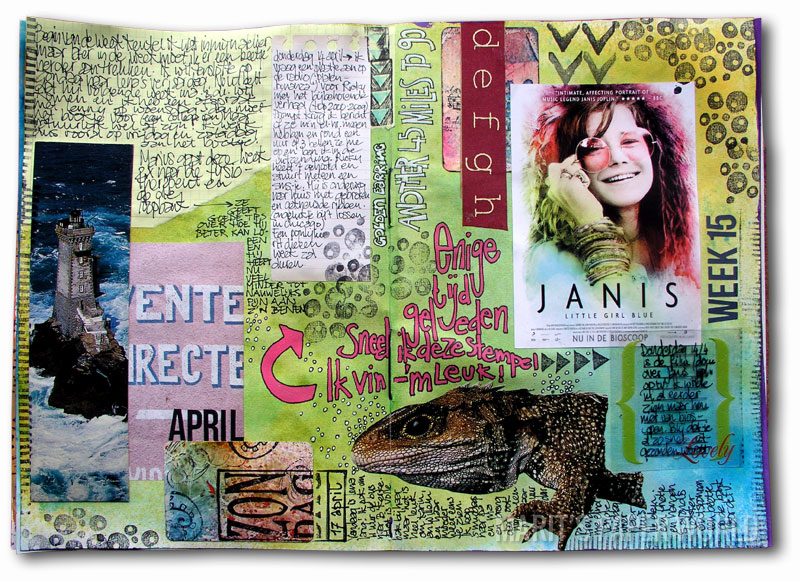 Thanks for visiting my blog today – I will probably make my woyww-blogvisits after the weekend because I have an exhibition on Sunday and still have to finish some things, collect and pack my stuff and arrange and display my journals at the gallery. Have a great week y’all and see you next week!