Time flies, and we are only two weeks away from a brand new year!
Don’t worry now, I won’t bore you with ‘good-intentions-lists’ (which I have not) or wish-lists (which I have a lot) for the new year… instead, I show you the new journal I bound and that I will use as my weekly diary “Chronicles” art journal in the next year. After a year that was as dark as 2013 (at least to me it was) I thought it would be nice to create the 2014 Chronicles journal in vibrant and happy colours. Who knows, this I might even force the new year to actually BE nice to me! Sooo… a bright new journal it is – Look! 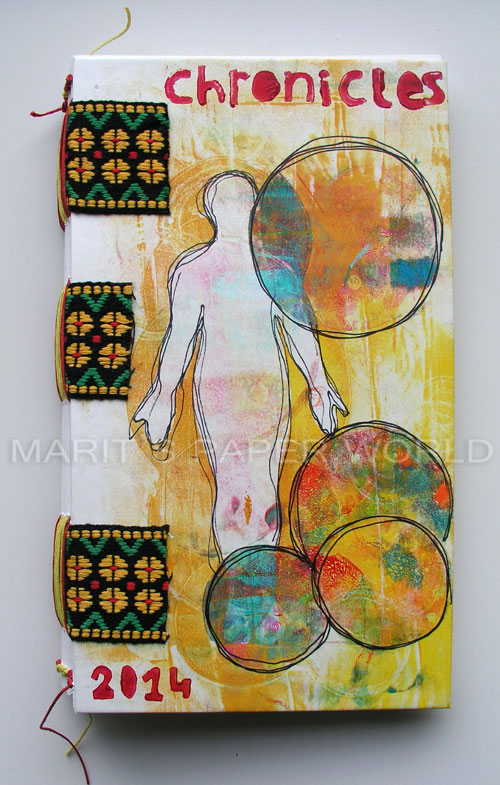 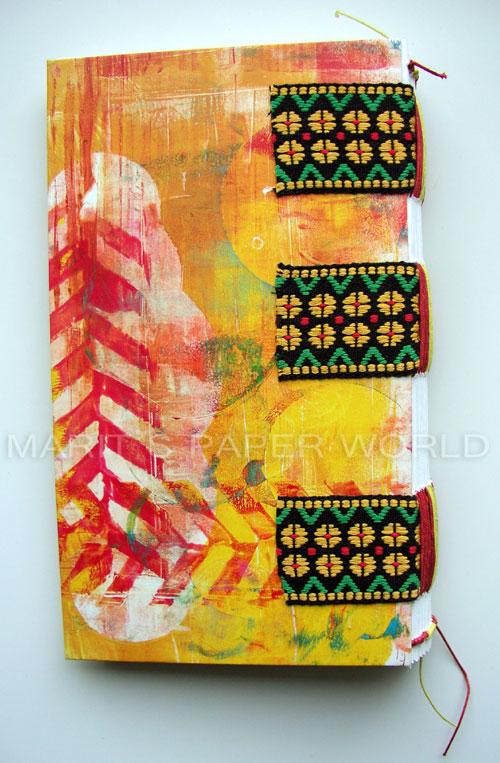 And here’s the journal in all its glory! 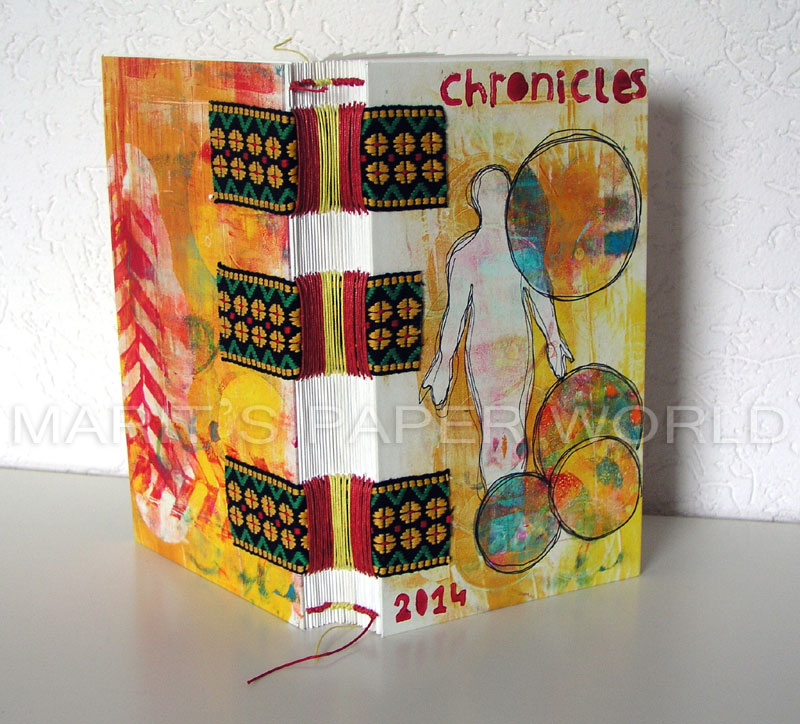 It has become a tradition to write about my ‘OLW’ (“One Little Word”) on that first (single) page of the Chronicles journal. However, I have not yet chosen a new word that will accompany me the next year. In former years, a word usually ‘came to me’ in November or December… not this time though. I have a few words in mind but doubt them all. There is still time though… I’m sure it will get clear before the end of the year.

And here’s the latest spread in this year’s Chronicles: Week 49 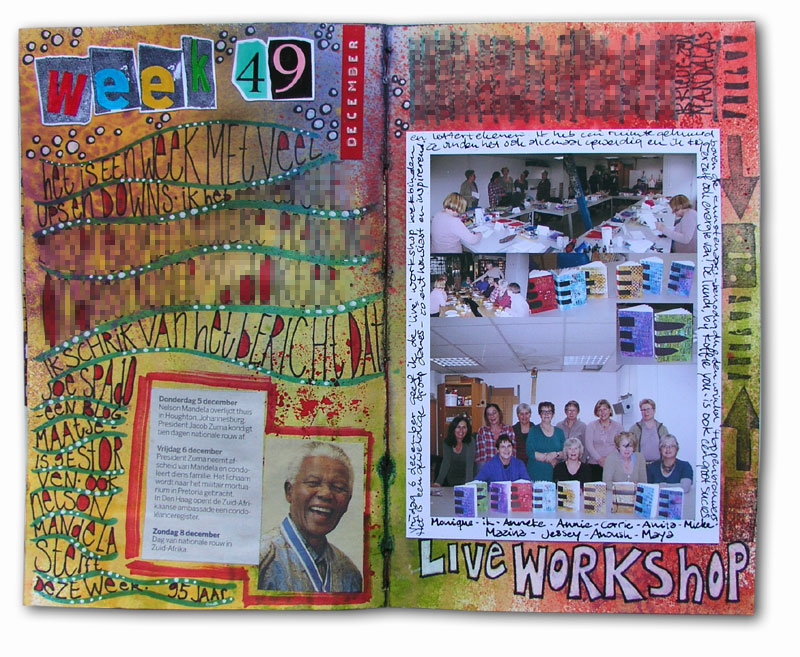 I realized only later, when I started to write about what had happened in that week, that I’d used the colours of the African flag in the background. Subconsciously, the death of Nelson Mandela must have been on my mind.

And that is it for today…  I will be writing only two more ‘regular posts’ this year (on Wednesday and Friday) because it is the last week before the official Top 2000 list will be announced on the radio and on the internet! Next Monday (December 23) I will post the link to this year’s list and the info on how to join the Top 2000 blogparty on my blog. We can all start creating to the songs from that moment on… I’m looking forward to this event! Are you?

(If you have no idea what the TOP 2000 MUSICAL BLOG PARTY is, read last years post HERE ’cause YOU ARE INVITED TO JOIN!)